July 6, 2016 – Vancouver, British Columbia – Sky Ridge Resources Ltd. (SYR-H.V) (the “Company”) is pleased to announce that it has entered into a letter of intent effective July 4, 2016, pursuant to which the Company has agreed to acquire Southern Arc Minerals Japan KK (“SAMJ”) (the “Acquisition”). SAMJ is a wholly-owned subsidiary of Southern Arc Minerals Inc. (“Southern Arc”). SAMJ has filed 80 mineral prospecting rights license applications in Japan (the “Japan Licenses”).

Southern Arc, an arm’s length company, is listed on the TSX Venture Exchange (the “TSX-V”) under the symbol “SA”. In exchange for its ownership of SAMJ, Southern Arc will receive 50,000,000 pre-Consolidation (as defined below) common shares of the Company (the “Acquisition Shares”).

In connection with the proposed Acquisition, the Company intends to complete a private placement financing involving the issuance of 25,000,000 pre-Consolidation common shares at a price of $0.20 per share, for gross proceeds to the Company of $5,000,000 (the “Concurrent Financing”).

The Company intends to change its name to “Japan Gold Corp.” upon completion of the Acquisition.

The Tertiary volcanic arc terrains of Japan host 76 known past-producing gold mines and five one-million-plus-ounce gold deposits. These include one of the world’s highest-grade gold mines, the Hishikari Mine on Kyushu Island, which has been in production since 1985. The Hishikari Mine had produced 210.2 tons (more than 6 million ounces) of gold as of March 2014 and continues to produce more than 200,000 ounces of gold per year at a grade averaging 40 g/t gold. Management considers Japan to be largely underexplored despite a history of significant gold production and known mineral occurrences.

All 80 of the prospecting rights license applications have been accepted for further government review, reserving the land for SAMJ and allowing low impact forms of exploration to immediately commence, such as mapping, surface sampling and geophysics. According to Southern Arc, SAMJ has completed an extensive review of the Metal Mining Agency of Japan database, which includes detailed and relevant information about historical drilling results and mine production. Field work to date has comprised mostly confirmatory checking of historical mine works and MMAJ alteration mapping, with a focus on the lithocap/porphyry targets.

Ikutawara is SAMJ’s most advanced project (Figure 1), with some mapping/sampling and orientation ground magnetics completed in 2015. The Ikutawara applications host numerous historical gold workings including the Kitano-o mine, which has recorded production of 96,450 ounces of gold between 1924 and 1943 from sinterous and sub-sinter quartz veins. According to Southern Arc, SAMJ has located several high-priority exploration targets which require varying levels of work to focus drilling. Upon receipt of the prospecting licenses, SAMJ intends to commence with trenching and drilling at the Ikutawara targets while continuing with preliminary exploration on the other projects.

Japan is considered one of the most stable and corruption-free jurisdictions in the world. The mining regulatory framework is well established and transparent, with easy access to government officials and a comprehensive support program to facilitate stakeholder consultation. According to Southern Arc, SAMJ deliberately chose applications in sparsely populated areas with a history of mining, and has received strong local support to date.

The technical information in this news release has been reviewed by Southern Arc’s President & Chief Operating Officer, Dr. Mike Andrews, PhD, FAusIMM, who is a Qualified Person as defined by National Instrument 43-101.

Closing of the Acquisition is subject to a number of conditions including entering into definitive agreements, consolidation of the Company’s existing share capital on a one (1) for two (2) basis (the “Consolidation”), completion of the Concurrent Financing, receipt of all required shareholder, regulatory and third party consents, including TSX-V approval, and the satisfaction of other customary closing conditions. The Acquisition cannot close until the required approvals are obtained. There can be no assurance that the Acquisition will be completed as proposed or at all. The Company intends to apply for a sponsorship waiver pursuant to TSX-V Policy 2.2.
Following completion of the Acquisition, it is contemplated that the Company’s Board of Directors will be reconstituted such that it then consists of the following seven members: John Proust, Dr. Michael Andrews, Robert Gallagher, John Carlile, Tao Feng, and two more appointees that are acceptable to both Southern Arc and the Company. A short biography for each named Director is provided at the end of this news release. In addition, it is contemplated that John Proust, who is currently the Chairman and Chief Executive Officer of Southern Arc, will become the Chairman and Chief Executive Officer of the Company, and that Michael Andrews, who is currently the President, Chief Operating Officer and a Director of Southern Arc, will become the Chief Operating Officer of the Company.

The Acquisition will constitute a reverse takeover of the Company by Southern Arc under the policies of the NEX Board and the TSX-V. Trading in the Company’s common shares will remain halted pending further filings with the TSX-V.

Fiore Management & Advisory Corp. will receive a transaction fee of 1,000,000 pre-Consolidation common shares of the Company upon closing of the Acquisition.

Proposed Japan Gold Board of Directors and Executive Team

The proposed Japan Gold Board of Directors will bring decades of technical and business experience to the company, with a proven track record of growing resource companies from grassroots exploration through to production.

John Proust, CDir
Chairman & CEO, Director
John Proust has successfully managed, directed and advised public and private companies regarding debt and equity financing, mergers and acquisitions and corporate restructuring since 1986, and has served on the boards and held senior operating positions with numerous private and TSX Venture Exchange listed companies. Mr. Proust is currently Chairman and CEO of Southern Arc Minerals, Chairman and a Director of Canada Energy Partners, Chairman and CEO of CarbonOne Technologies, and Interim President & CEO and a Director of Outrider Energy. Mr. Proust has extensive experience in corporate governance, is a graduate of The Directors College, Michael G. De Groote School of Business at McMaster University and holds the designation of Chartered Director.

Dr. Michael Andrews, PhD, FAusIMM
President and COO, Director
Mike Andrews is a geologist with nearly 40 years of research and mining industry experience in gold, copper, coal and iron exploration. He holds an honours degree in Geology from the University of Reading, and a doctorate in exploration geochemistry from the University of Wales. Dr. Andrews is currently President and Chief Operating Officer of Southern Arc Minerals. He was a founding director of Kingsrose Mining and played an instrumental role in the discovery, exploration, feasibility and development of its Way Linggo Gold Mine in Indonesia. Dr. Andrews also held the positions of executive director and chief geologist of AuIron Energy Ltd., Director of Gold Operations for Meekatharra Minerals Ltd., and managed the Teck-MM Gold Indonesian Joint Venture, an exploration portfolio of thirteen gold and copper projects in Indonesia. He also held senior exploration positions with Ashton Mining Ltd, Aurora Gold Ltd and Muswellbrook Energy and Minerals Ltd.

Robert Gallagher, BApSc
Director
Bob Gallagher has worked in the mining industry for over 32 years. Mostly recently, he was President, CEO and a Director of New Gold Inc., an intermediate gold producer with projects on three continents, from 2008 until retiring in June 2016. Prior to the merger of Peak Gold, Mettalica, and New Gold, Mr. Gallagher was the President and CEO of Peak Gold. Previously, he spent 15 years with Placer Dome Inc. and seven years with Newmont Mining Corporation, most recently as Vice President Operations, Newmont Asia Pacific. During his time at Newmont, Mr. Gallagher oversaw the development of the Batu Hijau Mine, the billion-ton, world-class copper-gold mine located in Indonesia. Mr. Gallagher has extensive knowledge of the development and operation of large-scale mining projects, coupled with his experience in all aspects of the Indonesian mining industry.

John Carlile, BSc, MSc, FAusIMM
Director
John Carlile is a geologist with more than 35 years of experience in the resource industry. Mr. Carlile has held senior executive and director positions with both major and junior resource companies, including as President of Indonesian and Philippines subsidiaries of Newcrest Mining Limited. As a geologist, Mr. Carlile has a proven track record of mineral discovery and business building in Asia, most notably as Exploration Manager, Asia for Newcrest Mining Limited when it discovered its Gosowong mine. Mr. Carlile has served on the boards of several resource companies, and currently holds the position of director for Southern Arc Minerals, Equator Gold and Arc Exploration Limited. He holds a BSc in Geology from University of Reading, England, and an MSc in Mineral Exploration from the Royal School of Mines, Imperial College, University of London. Mr. Carlile is a Fellow of the AusIMM and a Fellow of the Geological Society of London.

Tao Feng, MSc, PhD (Statistics)
Director
Tao Feng is a founding partner of NewMargin Ventures, a Chinese investment fund with approximately US$3 billion under management. Founded in 1999, NewMargin Ventures was the first venture capital management company in China to manage and advise both domestic and offshore funds. To date NewMargin Ventures has invested more than US$1.7 billion in approximately 160 companies, and has invested in more than 30 IPO companies. Mr. Feng received his Masters and Doctorate in Statistics from the University of Alberta and the University of Victoria, respectively. Mr. Feng has been frequently acknowledged as one of China’s top investment managers, with inclusion in Fortune Magazine’s “Top 25 Next Generation Global Leaders” in 2001, ranking as one of Time Magazine’s “Top 5 Rainmakers in China’s Investment Community” in 2005, and ranking in the top five of Forbes’ “Top 50 Venture Capital Investors in China” from 2009 to 2015.

Dr. Kotaro Ohga, PhD
Chief Engineer, Japan
Kotaro Ohga held the position of Associate Professor at Hokkaido University in the Graduate School of Engineering. With a PhD in Mining Engineering, Dr. Ohga has extensive experience with permitting and drill programs in Japan, with a particular focus in coal bed methane. As Southern Arc’s Chief Engineer for its Japanese projects, Dr. Ohga is the main point of contact between Southern Arc and the Japanese Government, offering invaluable insight and expertise as Southern Arc advances its properties.

Andrew Rowe, BSc, MAusIMM
Japan Country Manager
Andrew Rowe joined Southern Arc in 2006 as a Senior Geological Consultant and was soon promoted to Chief Geologist and then Executive Vice President, leading Southern Arc’s exploration programs from grassroots exploration through to completion of the first resource estimate at the Company’s West Lombok Project. Mr. Rowe planned and implemented large-scale exploration programs, managing both the technical and administrative aspects of the projects. Mr. Rowe briefly left Southern Arc in December 2014, and then rejoined the Company as a consultant in August 2015 to continue with Southern Arc’s exploration projects in Japan. Mr. Rowe graduated with a Bachelor of Applied Science degree in Geology from the University of Technology, Sydney, Australia. He is a Member of the Australasian Institute of Mining and Metallurgy and a Fellow of the Society of Economic Geologists. Mr. Rowe has experience in mineral exploration and project management in Australia and various countries in Southeast Asia including Thailand, Indonesia, Mongolia, China and Laos. During this time he held exploration positions with Renison Goldfields, Normandy Anglo Asia, Phelps Dodge, Aurora Gold and Ivanhoe Mines. Immediately prior to joining Southern Arc he was the principal geologist for Pan Australian Resources Ltd (Laos) and part of the team responsible for successfully bringing the Phu Kham Cu-Au porphyry deposit through to bankable feasibility.

On behalf of the Board,

Completion of the Acquisition is subject to a number of conditions, including TSX Venture Exchange acceptance. The Acquisition cannot close until all required regulatory and corporate approvals are obtained. There can be no assurance that the Acquisition will be completed as proposed or at all. Investors are cautioned that, except as disclosed in the Filing Statement to be prepared in connection with the Acquisition, any information released or received with respect to the Acquisition may not be accurate or complete and should not be relied upon. Trading in the securities of the Company should be considered highly speculative. 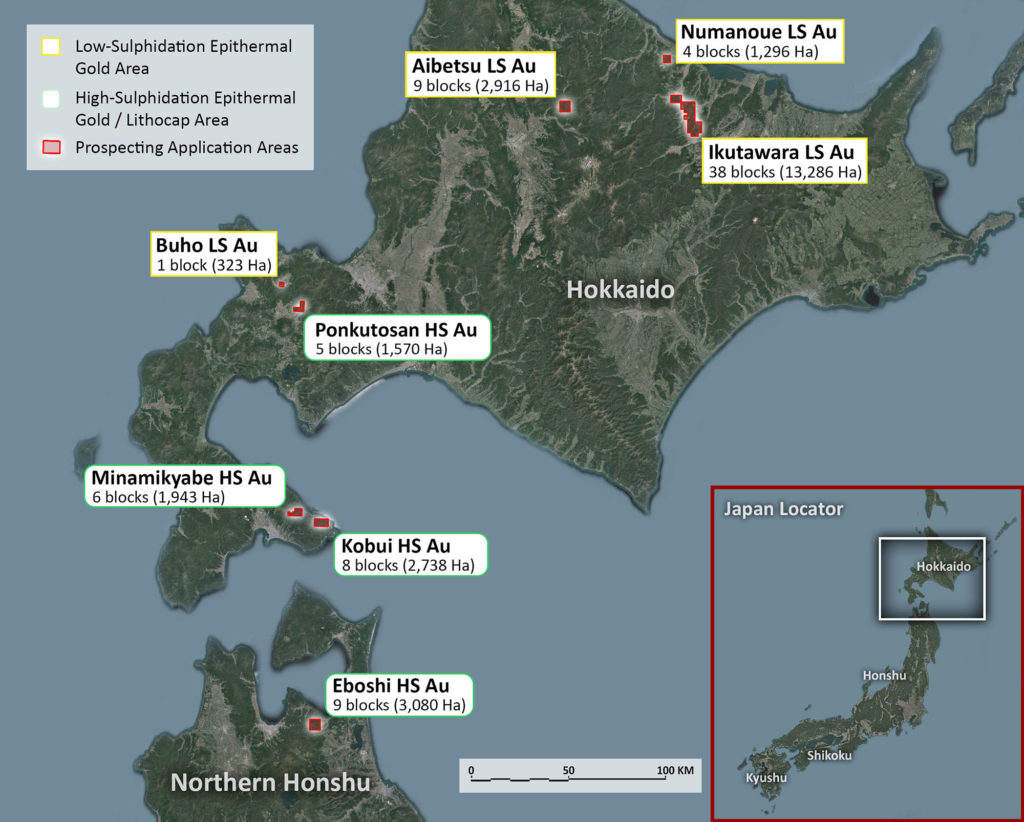