John Proust, Chairman and CEO commented, "The Togi Goldfield represents another highly prospective yet under-explored area in Japan. The scale of the alteration corridor, shallow workings along it, and evidence of preservation of the epithermal system from sinter exposures are very encouraging. Japan Gold looks forward to advancing the Togi Project along with the rest of its regionally diverse portfolio."

Japan Gold's new Togi Project is located on the northern flank of a regional graben, hosted in early Miocene andesite volcanics and under-lain by a northeast trending gravity anomaly. A similarly oriented graben-gravity feature and Miocene host rocks are noted 160 kilometres along strike to the northeast on Sado Island, which hosted Japan's second largest gold mine, the Sado Mine which produced 2.5 million ounces of gold and 74 million ounces of silver2 until its closure in 1974 (Figure 1). The Company believes the area is underexplored and highly prospective for epithermal vein discoveries, akin to the Sado Mine.

Gold mineralisation was discovered in the Togi area in 1896 and historic records from the Togi Goldfield report seven separate areas of workings along the seven-kilometre trend which produced a combined 48,000 oz of gold and 180,000 oz of silver between 1910-21. Deposits mined in the project area are divided into the Hirochi deposits in the northeast and Urugami deposits in the southwest (Figure 2). The Mori vein from within the Hirochi group produced 16,500 oz of gold at an average grade of 14 g/t. The vein is reported to be up to four metres wide, with gold values ranging between 8 and 20 g/t gold1. Records show the mineralisation at lower mine levels open at depth with average grades of 8.12 g/t gold and 56.9 g/t silver1, workings did not exceed 120 metres below portal level.

In the southwest area of the Togi Goldfield, historic mine workings on the Urugami deposits cover over 30 small veins and stockwork zones within a two by two kilometre zone. The Togo Mine, the largest within the Urugami area, produced over 18,000 oz of gold and 83,000 oz of silver from stockwork vein and breccia zones1,3. Sinter mapped at Urugami and the narrower stock-work style of quartz vein mineralisation indicate the top of a hot-spring epithermal system is preserved, thus supporting the potential for deeper boiling-zone vein targets.

In 1988 the NICAM joint-venture between the Nissho-Iwai Corporation and Austpac Gold NL undertook exploration in the Togi Goldfield. Work completed included mapping, rock and soil sampling, and CSAMT surveys and included four diamond drill holes in 1990. A summary of this work is included in Figure 2 with gold in rock values, alteration mapping and the 1990 drill hole locations and intercepts. Drilling intercepted anomalous gold values including an 11.3 metre interval of silicification and brecciation averaging 0.45 g/t gold, including 1.85m @ 2.72 g/t gold from 335.6 meters downhole3. The four reported drill holes are anomalous and encouraging but have insufficiently tested the seven-kilometre corridor.

Areas of intense clay alteration seen along road cuts between the Hirochi and Urugami deposits suggest continuity of the hydrothermal system between the two main deposit groups, and along the seven kilometre structural trend3, further emphasizing exploration potential. Additional reconnaissance work is planned at Togi for 2019.

Japan Gold Corp. is a Canadian mineral exploration company focused solely on gold and copper-gold exploration across the three largest islands of Japan: Hokkaido, Honshu and Kyushu. The Company holds a portfolio of 13 Gold Projects which cover areas with known gold occurrences, a history of mining and are prospective for high-grade epithermal gold mineralization. The Company also holds a portfolio of 5 Lithocap Projects which could indicate the presence of porphyry mineralization. Japan Gold's leadership team has decades of resource industry and business experience, and the Company has recruited geologists and technical advisors with experience exploring and operating in Japan. More information is available at www.japangold.com or by email at This email address is being protected from spambots. You need JavaScript enabled to view it..

Neither the TSX Venture Exchange nor its Regulation Services Provider (as such term is defined in the policies of the TSX Venture Exchange) accepts responsibility for the adequacy or accuracy of this release. This news release contains forward-looking statements relating to expected or anticipated future events and anticipated results related to future partnerships and the Company's 2019 gold exploration program. These statements are forward-looking in nature and, as a result, are subject to certain risks and uncertainties that include, but are not limited to, general economic, market and business conditions; competition for qualified staff; the regulatory process and actions; technical issues; new legislation; potential delays or changes in plans; working in a new political jurisdiction; results of exploration; the timing and granting of prospecting rights; the Company's ability to execute and implement future plans, arrange or conclude a joint-venture or partnership; and the occurrence of unexpected events. Actual results achieved may differ from the information provided herein and, consequently, readers are advised not to place undue reliance on forward-looking information. The forward-looking information contained herein speaks only as of the date of this News Release. The Company disclaims any intention or obligation to update or revise forward‐looking information or to explain any material difference between such and subsequent actual events, except as required by applicable law. 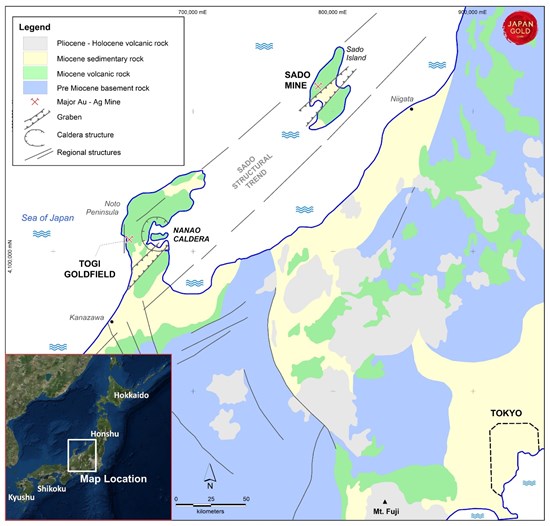 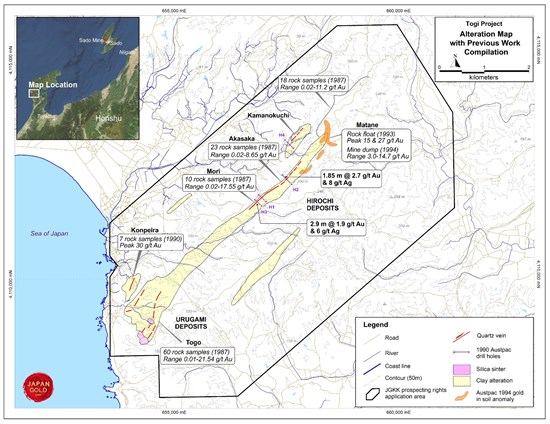 To view the source version of this press release, please visit https://www.newsfilecorp.com/release/46348